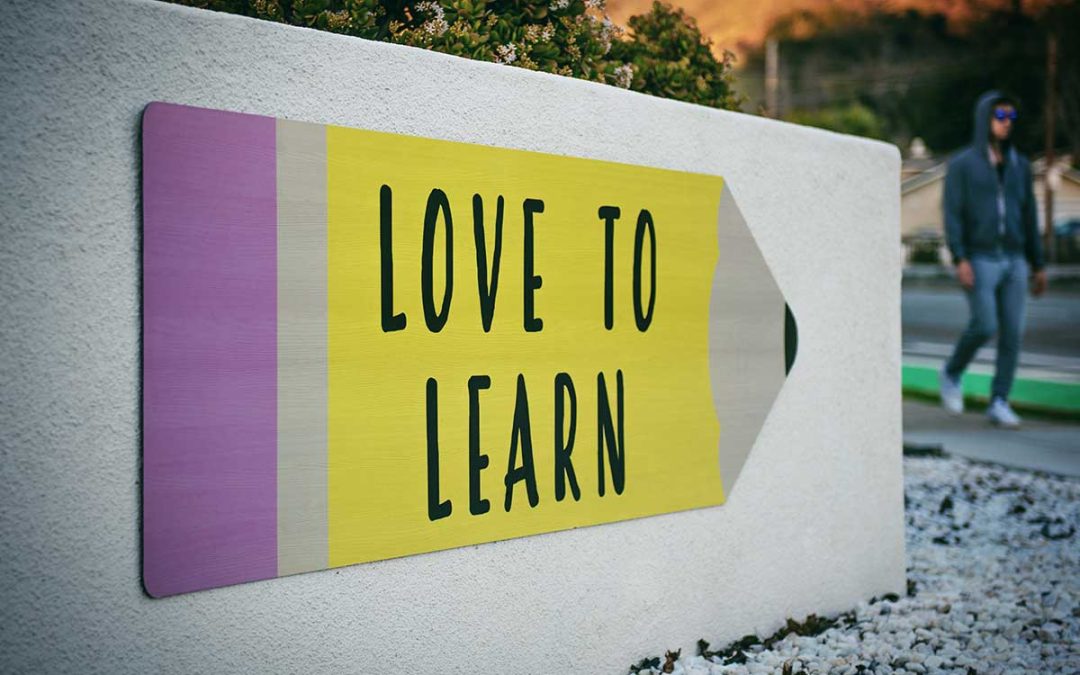 What exactly is “learning”? And how do humans learn?

A lot of articles are written aboit learning and education, and we use the word “learning” all the time. But what does that actually mean? What is happening in the brain, when humans are “learning”? 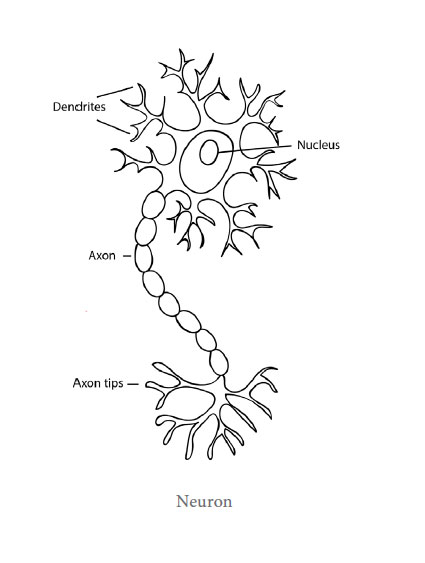 The structure, that allows a nerve cell to pass an electrical or chemical signal to another nerve cell is called “synapse”, hence here happens the transfer from one cell to the next.
Between the synapses of two neurons is a gap called the “synaptic cleft”. At the synapse, electrical impulses translate into a chemical one (Max-PlanckSociety, 2014).
Calcium ions then flow into the pre-synapse, the information emitting synapse. Tiny blisters, called vesicles, release chemical messengers, called neurotransmitters, such as glutamate(1). They stream across the synaptic cleft to the post-synapse and bind here to glutamate receptors. The result is that sodium flows into the next cell. This impulse travels first to the neuron‘s cell body and from there through the axon to the next synapse, and from there further to the next cell (MaxPlanckSociety, 2014).

„That means that learning is happening at the synapses, so that impulses are more efficiently communicated from one cell to the next and that learning is changing the physical structure of the brain.“ (MaxPlanckSociety, 2014)

When we are practicing something, a process called long-term potentiation (LTP) begins.

The same contact point between two neurons is repeatedly activated. Usually, the synapses do not transfer every impulse received to the next cell. But when we practice something, the rate of transfer is increased, and more impulses pass through the synapses.
After a while, the long-term potentiation comes into effect. Now more incoming stimuli are transferred to the next cell. The impulse transfer thereby improves, and also the post-synapse, the receiving synapse reacts more strongly (MaxPlanckSociety, 2014).

In that improved reaction, receptors play an essential role, in both terms, their quantity and type.
There are two kinds of glutamate receptors in the postsynaptic membrane, AMPA (2) receptors where Sodium ions flow through into the cell. In that way, a new impulse is created in the receptor cell. The second receptor type is the NMDA (3) receptor. If the transfer rate has increased, and the AMPA receptors are open, NMDA receptors let sodium and calcium flow into the cell. That intensifies the impulse in the next cell. If somebody does intense practicing or learning, new AMPA receptors can be produced. These then migrate to the post-synaptic membrane and ensure that the next cell will react even more strongly to each impulse. The result is that the impulse transfer is enhanced and delivers a clearer response.

That means that learning is happening at the synapses, because impulses are more efficiently communicated from one cell to the next and that learning is changing the physical structure of the brain (MaxPlanckSociety, 2014).

These structural changes modify the functional organization of the brain, connoting that learning organizes and reorganizes the brain, and at the same time, that different parts of the brain may be ready to learn at different times (MaxPlanckSociety, 2014).

Earlier it was thought that the brain only in the early development phase builds and rebuilds but in the adult age, not many changes arise. But research proved that this is wrong.

„In our brain, something is always going on, we change it all the time, depending on how we use it (Max-Planck Society, 2014). 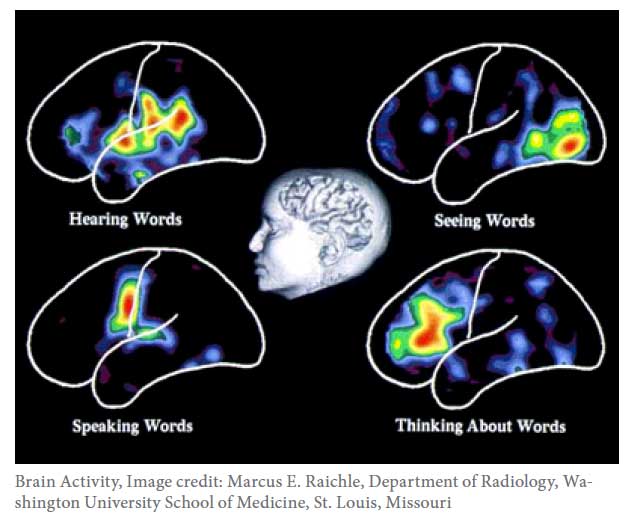 There are two primary ways synaptic connections are added to the brain. The first is that synapses
are overproduced and then lost selectively. The overproduction and loss of synapses is a fundamental mechanism that the brain uses to incorporate information from experience. It tends to occur during the early periods of development (National Research Council, 2000). In the visual cortex, the area of the cerebral cortex of the brain responsible for controlling sight, a person has many more synapses at six months of age than at adulthood. That is because more and more synapses are formed in the early months of life, then they disappear, sometimes in remarkable numbers.
The second method of synapse formation is the addition of new synapses. This process of synapse addition takes place the entire human life and is especially important in the older life span.
This process is not only sensitive to experience; experiences actually drive it, and so the synapse
addition probably lies at the base of most forms of memory (National Research Council, 2000).

With new imaging technologies like EEG(4) and fMRI(5), brain research was revolutionized, and amongst others, the neurobiologist Manfred Spitzer was able to discover some guidelines for brain-friendly learning. It occurred in experiments that when a test person can use a variety of senses for perceiving an object like for example seeing and smelling a rose, different brain regions were activated and stimulated leading to better connecting of the topic in the brain, hence better learning (Spitzer, 2014).

The best results were seen by persons exploring a subject by doing or building something. An additional remarkable discovery was made: If the doing was integrated into a social context, like working in a group on a problem, the brain performance increased even further. It seems that experiencing emotions while learning also has an enormous effect on brain performance. Best outcomes were achieved when learning in a joyful, stress- and fear-free environment (Spitzer, 2014).

1 „Glutamate is a powerful excitatory neurotransmitter that is released by nerve cells in the brain. It is responsible for sending signals between nerve cells, and under normal conditions it plays an important role in learning and memory.“
(https://hopes.stanford.edu/about-glutamate-toxicity, 2014)

2 The AMPA receptor is an ionotropic transmembrane receptor for glutamate that mediates fast synaptic transmission in the central nervous system (Song, I., & Huganir, R. L. , 2002).

3 The NMDA receptor is an ion-channel receptor found at most excitatory synapses, where it responds to the neurotransmitter glutamate, and therefore belongs also to the family of glutamate receptors (Husi, 2008).

4 Electroencephalography (EEG) measures electrical activities of the brain from electrodes placed on the scalp. Usually, EEG is collected from tens to hundreds of electrodes positioned on different locations on the scalp (Xue, G., Chen, C., Lu, Z. L., & Dong, Q., 2010).

5 Functional magnetic resonance imaging (fMRI) is one of the most recently developed forms of neuroimaging technique. In the brain, neural activities often lead to metabolic activities such as increased blood flow and oxygen supply to the local vasculature. Several techniques can be used to detect changes in metabolic activities following neural activities with fMRI. Since the early 1990s, fMRI has become the dominant method in cognitive neuroscience because of its low invasiveness,
lack of radiation exposure, and relatively wide availability (Xue, G., Chen, C., Lu, Z. L., & Dong, Q. ,2010).

FUNCTION: How does nature learn?

DERIVED IDEAS FROM THE ABSTRACTED DESIGN PRINCIPLE FOR PLANNING A LEARNING SITUATION BASED ON THE WAY HUMANS LEARN: